I wanted to take time to express Laurie’s and my sincere gratitude for honoring Jarrett Torromeo (JT) with the Thomas E. Mazzella Award (and scholarship). I’d like to tell you exactly what it means to me personally to have Jarrett be so honored, by this and the Vin Iovino Scholarship he also gratefully received from the Old Timers group. Writing this is cathartic for me, but I also want to express my deep appreciation to all of those involved.

A couple of interesting connections with the award:

Thomas Mazzella was a Marine–Rest in Peace, Thomas and thank you for your service; JT’s grandfather (my dad) was a Marine. Sadly, both Thomas and my dad lost their battles with cancer. Also, Mazzella Field (unsure if any relation) was the name of the football field at Iona College when I worked there with head coach Harold Crocker.

To me, it is extremely sad that colleges like Iona, Fairfield, St. John’s Hofstra, BU and others have dropped the sport (Title IX and other concerns); Football makes boys into men and teaches invaluable life skills that can never be taught in a classroom or out of a book.

I’ll never forget the day when the doctor walked in and told us his season was over; we thought we were dealing with a sprained foot…it is the only time I had seen him cry since he was a young boy—and probably the first time he saw me do the same.

But that was the deal.

What he endured is not uncommon—football injuries end a lot of seasons and careers. Fact is, we had gotten good news about the foot two weeks before with an x-ray—come to find out this is the “number one misdiagnosed injury in emergency rooms” and with a full weight bearing x-ray, it turned out he had an extremely bad injury (“Lis-Franc”) one he tried to play on for two weeks! It required two surgeries.

How he dealt with it, was something that we are extremely proud of and will always be—but his mom and I can’t take full credit for how he reacted, as so many people generously complimented us. The fact of the matter is that Football—the very sport that he could not play his coveted senior year was also the very reason he was able to manage the situation as a mature young man, teammate and friend. Since third grade he learned what the sport was about, from his youth coaches, from his teammates, from the coaches at the high school, and hopefully a wee bit from his dad and the legacy of his grandfather.

A little personal background to elucidate because I have lived a ‘football life:” Football has been a big part of my life since I was a toddler watching my dad coach and referee games (my dad, as noted a former Marine, coached and officiated at the high school level and played for Amos Alonzo Stagg at Susquehanna University–he stayed close to the “old man” until he died) and then I played through high school and into college. I played HS for Lindenhurst, NY (a freshman championship team) then when we moved to Westerly, RI when I was going into 10th grade (and played three times in the oldest Thanksgiving Day rivalry in the country—Westerly, RI vs. Stonington, CT)—that was a thrill and an honor. My claim to fame is that I was the starting QB over a guy who played in the NFL (John Witkowski) and that ESPN’s Chris Berman (then a recent Brown University graduate) called our games on radio for Westerly. By the way, we never lost the Thanksgiving Day game to our heated rivals (where Laurie graduated the same year as me)!     🙂 

The larger point is that football taught me about life. When I moved to Westerly from Long Island, I was the “new kid” moving to a small town and my dad was the school superintendent….so I was under a big microscope. Being able to make friends in summer through football helped me adjust and helped my teammates there know I was just another kid who spoke really fast in the huddle (it’s a Long Island thing). Football was the catalyst for my success there and I still keep in touch with many of my teammates. It also led me, eventually, to take a job as the VP of the National Football Foundation and College Hall of Fame where I was able to make a difference. (Frankly, I enjoyed that job immensely and if they hadn’t relocated the HQ I might still be there)…what a fine organization and tremendous people I met and worked with—high school and college coaches, administrators and student athletes who were the best of the best at both levels and corporate executives who loved and supported the game.

I guess it was serendipity when 26 years ago my wife and I settled into a tiny apartment in New Canaan, mainly because I wanted to get on the other side of the Stamford traffic to get to Iona College where I worked in the athletic department. Turns out the beautiful little town we chose was a great football town as well. The rest, as they say is history…JT (who CHOSE to play year after year—“don’t play because you think I want you to,” I would tell him) was part of a team that had truly sensational athletes—and was frankly, a dynasty. Those athletes and coaches won many youth championships, then, an undefeated 9th grade squad was followed by three consecutive state championships! What a joyous ride that was for all of us. Watching New Canaan football and all of the tremendous athletes and great games has brought unlimited hours of enjoyment and pride as well as a plethora of new friendships. I think JT was most excited about this years championship–as we celebrated a congratulatory hug after the game–I realized how badly he wanted this for his team.

So, the tears of sorrow from the doctor’s office turned tears of joy, the day I read Terry Dinan’s article on the NewCanaanite.com about Jarrett’s ordeal and how he was handling it (http://newcanaanite.com/complete-your-path-new-canaan-footballs-jarrett-torromeo-32645) and how his teammates and coaches felt about him, and again the day that he received the Vin Iovino scholarship and award and yet again when he was awarded the Thomas Mazzella scholarship from the New Canaan Ram Football Association—both a total surprise. Awards for character off the field, character that was learned by being on the field.

I will end with this; one of the fathers of our “star” players said to me recently, that, “if JT was playing we would have won the Darien game.” Having watched him play against those receivers in 7 on 7–I will always believe the same thing.

I had great joy in watching him play.

I had the enjoyment of watching this juggernaut perform.

I have had the joy of meeting special people; coaches, parents, players, alumni and I can honestly say that the “New Canaan Football experience” has been the best football encounter I have had in my life.

Yours in Football–Go RAMS & God Bless, 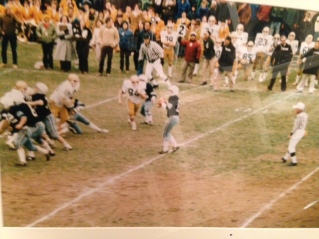 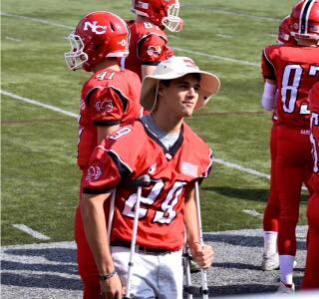 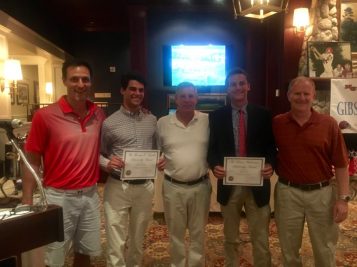 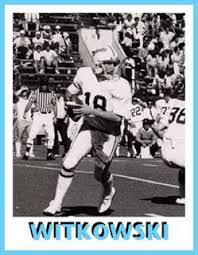 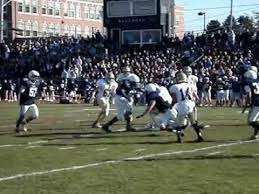 Dave Torromeo has served as the head of the Sport Business Management Program at Manhattanville College since its inception in July 2006. He has over 30 years of experience in sports business, including serving as VP of the National Football Foundation & College Hall of Fame, (NFF), 15 years in collegiate athletics and as an industry consultant. He has worked in nearly every capacity of the sports world, from a minor league team, to a D-I athletic program and the Football Foundation. He is also a consultant to the sports industry and the founder of Sports Business Advocates, LLC which manages the Sports Business Institute and Future Sports Business Executives. As the architect of the graduate sport and entertainment business management program, he assembled the entire curriculum, hired all adjunct professors from the sport business field and installed a top-notch advisory board with senior executives from the sports industry. He devised and implemented a graduate level internship program, brought in outstanding guest speakers including senior executives from the sports world, provided on site field study at major sports venues and created a solid mission. At the NFF he played a crucial role in awarding Jackie Robinson the Gold Medal Award, the highest honor that Foundation bestows. He was instrumental in spearheading the program that allowed athletes from colleges other than major college football entrance into the College Football Hall of Fame (players from Divisions I-AA, II, III and the NAIA) and was a catalyst behind the Foundation's "PLAY IT SMART" program; an educational program that works to turn football teams from inner city environments into learning teams, while overseeing the scholar athlete program (and a 10M endowment) that honored players from all levels and included people such as Heisman Trophy winner Danny Wuerffel, Tiki Barber, Josh Bloom, Peyton Manning and many others. Before joining the NFF, Torromeo served as a Sports Information Director (SID) and Assistant Athletic Director for Communications, Marketing, Promotions and Fund Raising for over 10 years including six at Iona College where he also received a Master's Degree. He earned his undergraduate degree(s) from the University of Rhode Island and lives in New Canaan, CT with his wife Laurie. They have two children, Stephanie a Colgate University graduate and Jarrett a graduate of Gettysburg College (and "Shea" yellow lab). Dave is a lifelong New York Mets, Jets, Knicks and Islanders fan--but don't hold that against him--it just proves he is loyal!) https://sportsbusinessadvocates.org/ https://www.youtube.com/channel/UCh4gLO9xOeU7jI-isbB2z4Q https://www.latinbusinesstoday.com/author/dave-torromeo/ View all posts by DT Blog